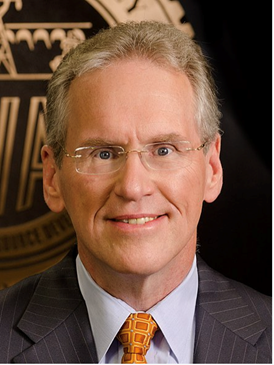 Bill Johnson is the retired President and CEO of Pacific Gas and Electric Company (PG&E). He began his legal career by serving as a law clerk on the United States Court of Appeals for the Fourth Circuit. After that, Bill worked as a partner at Hunton & Williams in Raleigh, NC, before joining Progress Energy forerunner Carolina Power & Light in 1995. He became president of Progress Energy in 2005, and chairman and CEO in 2007, and remained in those roles until the company was bought by Duke Energy, in 2012. Bill next served as CEO of the Tennessee Valley Authority (TVA) for six years before becoming CEO of PG&E. Bill has a BA from Duke University and a JD from UNC School of Law.